The Ontario Government has announced a consultation process on growing the Greenbelt and protecting our region's water.

The Province has identified critical water systems ("the Study Area") currently under pressure from urban growth and climate change, and is seeking public input regarding how and where we should expand Greenbelt protection in those key areas.

The Province's proposal is an important first step to protecting our critical water systems, but the organizations behind protectourwaters.ca know that the Province can and should be doing even more.

As a coalition of 120 organizations, with over 500,000 members across Ontario, we've put together an ambitious, science-based plan for protecting critical water systems adjacent to the existing Greenbelt. Several areas in this plan have been left out of Study Area currently being considered by the government. See the map below and read on to see the differences between our proposal and the study area and why it's so important we continue to #ProtectOurWaters.

Why does it matter?

The region’s growth and urban development is a potential threat to some water resources. Urbanization and human activities are impacting the region’s rivers, wetlands and underground reservoirs (called aquifers), and can impact both the quality and quantity of water available to local communities, industry, and plants and animals.

Extreme weather events that cause floods and droughts are placing more pressure on our water sources. Keeping the existing hydrological systems in tact is critical to ensure the ecosystem services they provide - like clean drinking water and abundant supplies for rural economic drivers, such as agriculture - continue to function.

What is included in the Province's "Study Area"?

The study area includes the following areas (see the dark green on the map): 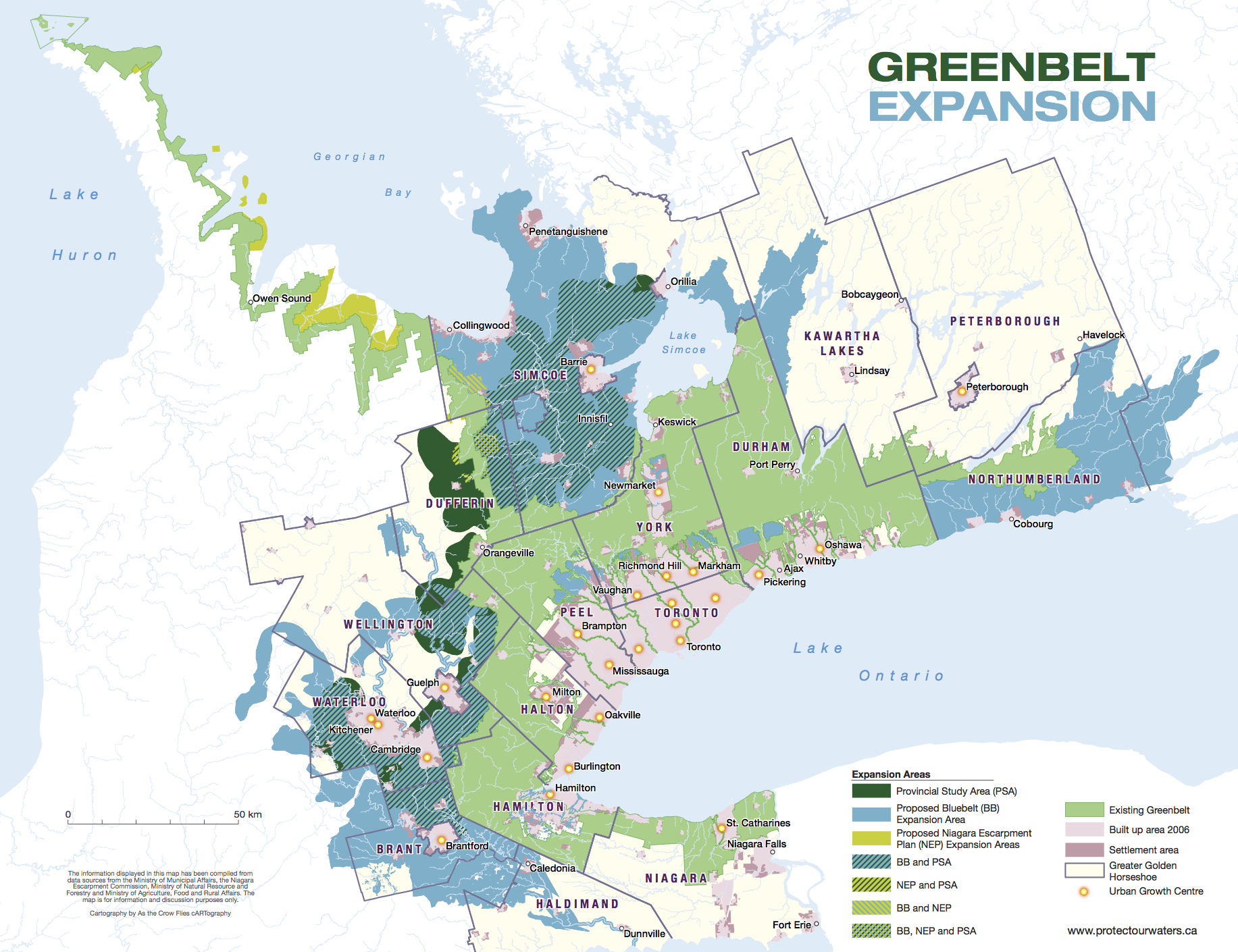 Click on the map above to see the grassroots proposal alongside the Provincial Government's current Study Area.

What's left out of the Study Area?

As you can see from the map above, some key areas in the Grand River Watershed and Simcoe County are missing from the Province's "Study Area" (see the light blue area on the map).

Sections of Waterloo, Paris/Galt and Orangeville moraines are left out of the Provincial Study area despite accounting for 80% of the Grand River watershed’s total groundwater recharge area. These magnificent moraines were created by the retreat of glaciers 10,000 years ago, which left behind porous deposits of sand, gravel and soil, 120m thick in some places. The moraines act as natural “rain barrels”, filtering and storing rainwater and snowmelt in underground aquifers in a process known as “groundwater recharge” - filtering and cleaning drinking water.

At 4,841 square kilometers, Simcoe County is rich with water resources. The area, one of the largest regions in the Greater Golden Horseshoe, contains globally significant wetlands, pristine beaches, large aquifers, and critical rivers and moraines - many of which are excluded from the Provincial Study area.

Why is the Ontario Greenbelt the solution?

The Greenbelt, a land-use plan and effective policy instrument, permanently protects prime farmland, specialty cropland, and environmentally significant land from inappropriate development. Experience from the past 13 years shows that the Greenbelt is successful at protecting nature, water and farmland and preventing costly and inefficient sprawl. For more information, read the Report Card on the Environmental Health of the Greenbelt.